“Introducing elements of my culture “

I am
Eduardo, 33 years old, from Granada (Spain). I´m a painter and I like photography, designing, travelling and discovering new cultures and places. I love Art in all its expressions. My artistic name is Edu:Art.

What inspired you to start creating art?
I can not remember when I started to painting. My dad took me into the painting. He is a great designer and painter. So it was an activity that I saw since I was a little child. I started travelling very early with my parents, and each time I came back from another country, I started painting all the things that had thrilled me.

How would you describe your style?
I don´t have an unique style, I change, and it depends on the work. Perhaps, this could have a same characteristic: mixing styles. I like to paint architecture, geometry, unreal colors, surrealistic subjects, Arabic or Persian calligraphy, introducing elements of my culture with other cultures, trying to sear the points in common and the influences between Occident and orient. I have the orientalist touch in my work mixing it with new and modern techniques.

Favorite tools to create your work?
I use different tools like: acrylics, watercolors, Indian ink, oil paintings sometimes, colored pencils. Recently I´m learning about photography, editing and designing. It´s a new world and who knows if I will mix these techniques in the future.

What is your working environment / studio like?
I always work at home. I feel strange painting outside, I like the intimacy and the silence that I have at home.

What is your cultural background?
I was born in Granada (Andalusia, south of Spain). When I was 3, we moved to Geneva (Switzerland) and after, I passed my adolescence in Strasbourg (France). My family and I travelled a lot during this period, having friends from a lot of points of the world. My mind was developed into an opened ambience.

I studied Political Sciences and then I worked in a cultural foundation promoting exhibitions in Spain and abroad (Egypt, Morocco, etc).

I also have volunteering experiences in Morocco and Peru. I could say that travelling makes me feel alive. When I visit a new country I like immersing in its culture and traditions, finding the points in common with mine, and assimilating the different and the enriching aspects.

In terms of ethnicity / culture how would you describe yourself?Granada has been a melting pot of cultures and civilizations (Phoenitians, Greeks, Romans, Arabs, Jewish…). In addition, my father´s ancestors were from France. Physically, people says I have the Arab features. Even though I have a Spanish passport, I feel that my blood is a mix.

What aspects of your culture are most important to you?
The culture of Andalusia is traditionally known by its Arabic influence. We are very sociable and expressive people. We are proud of our past and traditions and we like living it with joy. I think all of this is shown on my art.

Has your cultural background influenced your life/ and or work – hobbies? And if it did could you give some examples?
Definitely yes it has. I have a big Arabic influence on my works. I like Islamic architecture, calligraphy which makes to have an Orientalist touch on my work. I like learning languages, and my last challenge is learning Arabic. By studying a language we can understand better a culture.

In what language do you dream?
I usually dream in Spanish and sometimes in French.

Earliest Memory?
I can not remember my first memory, but probably, my clearest memory is when I was 3 in the airport taking a flight to move to Switzerland with my parents (and my teddy bear).

Growing up you …
I understood that we have to live our life doing what makes us happy and sharing it with people we love.

What most people don’t know about you is…
that when I was a child I was very shy, but over time I have become more extrovert.

What inspires you?
I find inspiration on abandoned places, deserts and landscapes. Cities with magical skylines, a good poem, a nice sunset… People with interesting conversations and when I travel to find points in common with my city that make me feel at home.

Currently working on?
A surrealistic illustration of a poem of Federico García Lorca, my favourite Spanish poet and I´m also working on a painting of a skyline of Samarkanda (a wonderful city of Uzbekistan).

Best advice you’ve ever received?
My parents has given me the best advice: to be humble, empathetic and open minded.

What are you listening (music) to at the moment?
In this moment I´m listening “Suite Iberia” of Isaac Albeniz interpreted by an awesome Japanese pianist player named Azumi Nishizawa. A mix, again.

If you ruled the world what would you do?
I would invest more in Education and Art, and also promoting the past and common points between cultures and countries instead of the differences.

Where can people find you? (Venues / Web / Social media) 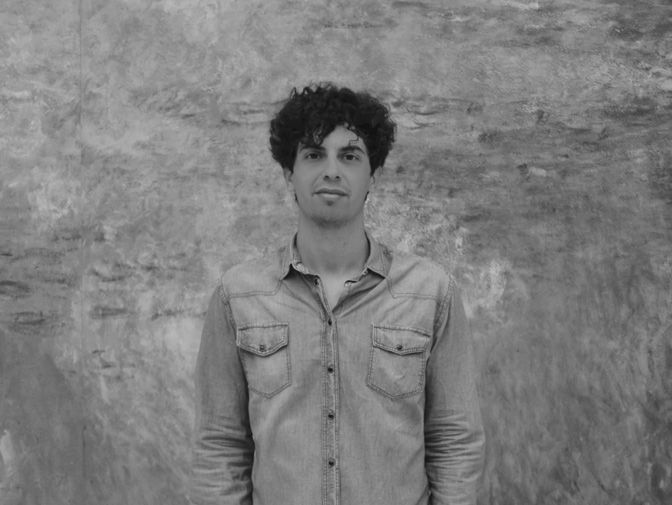 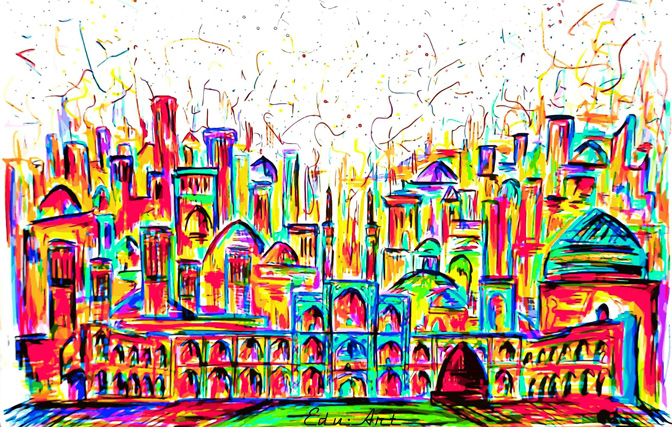 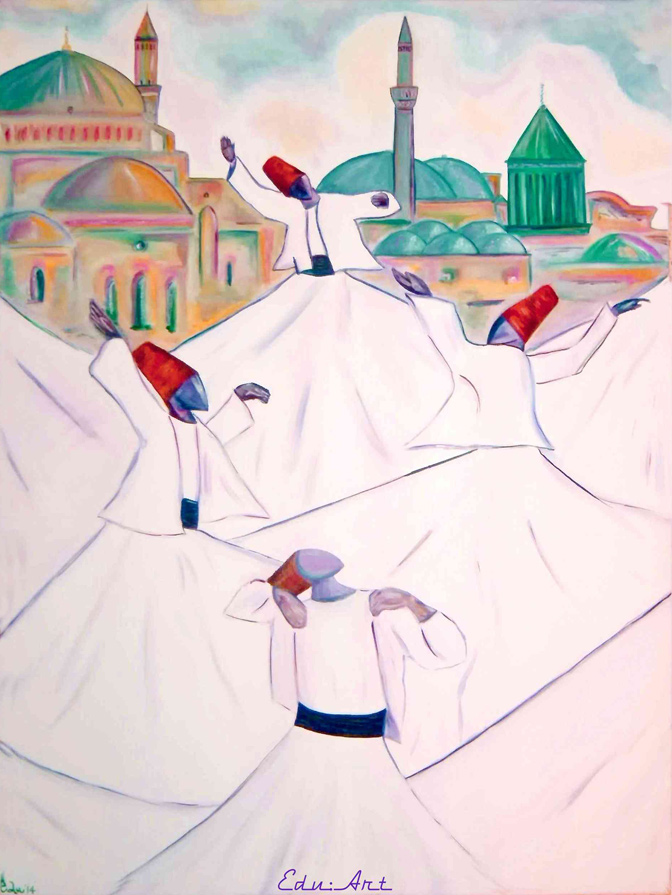 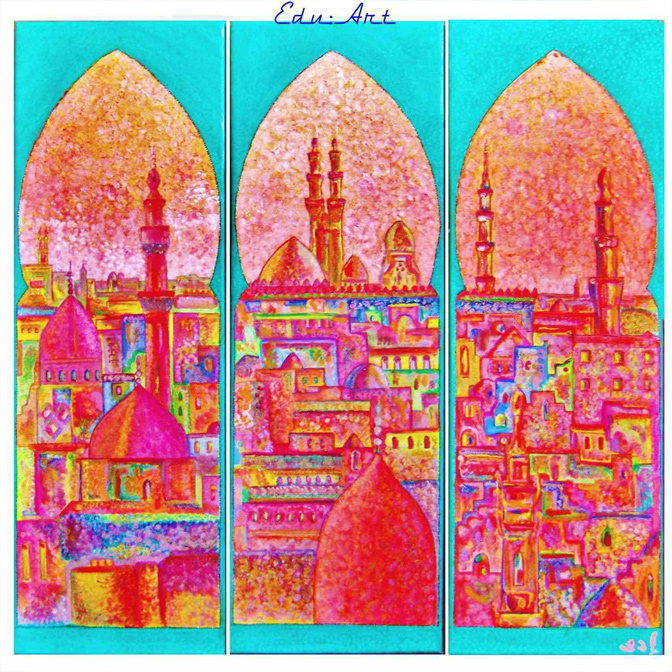