“Let’s care for each other“ 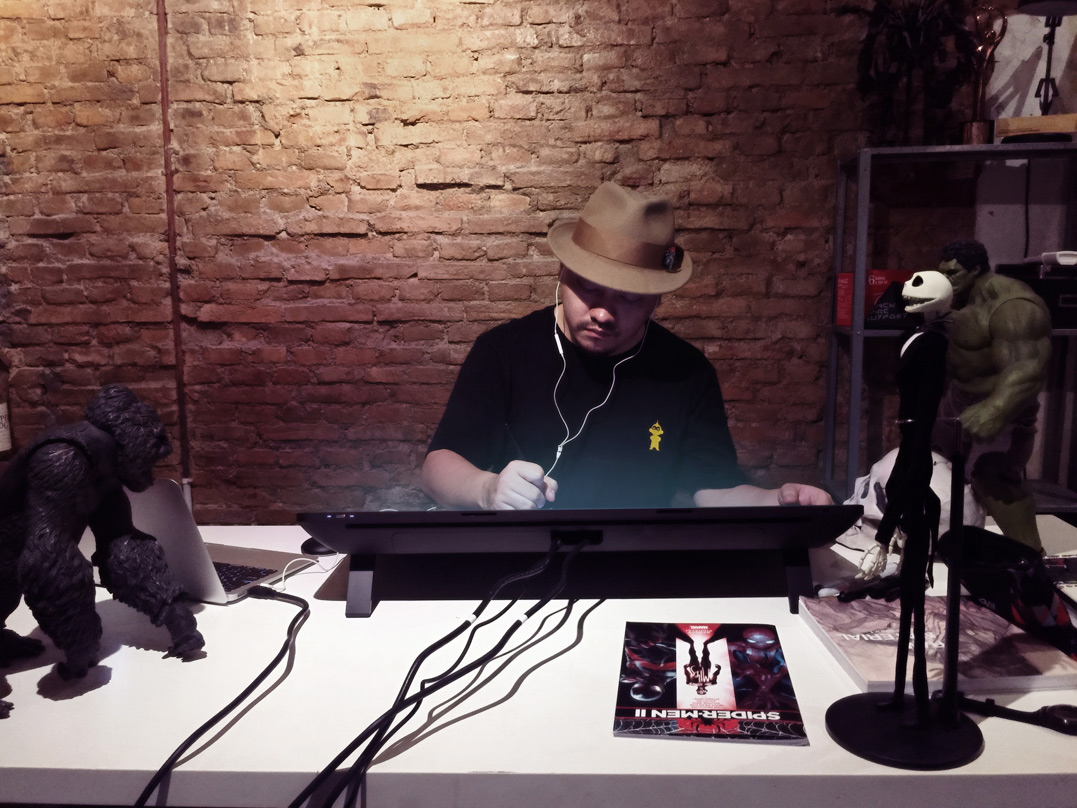 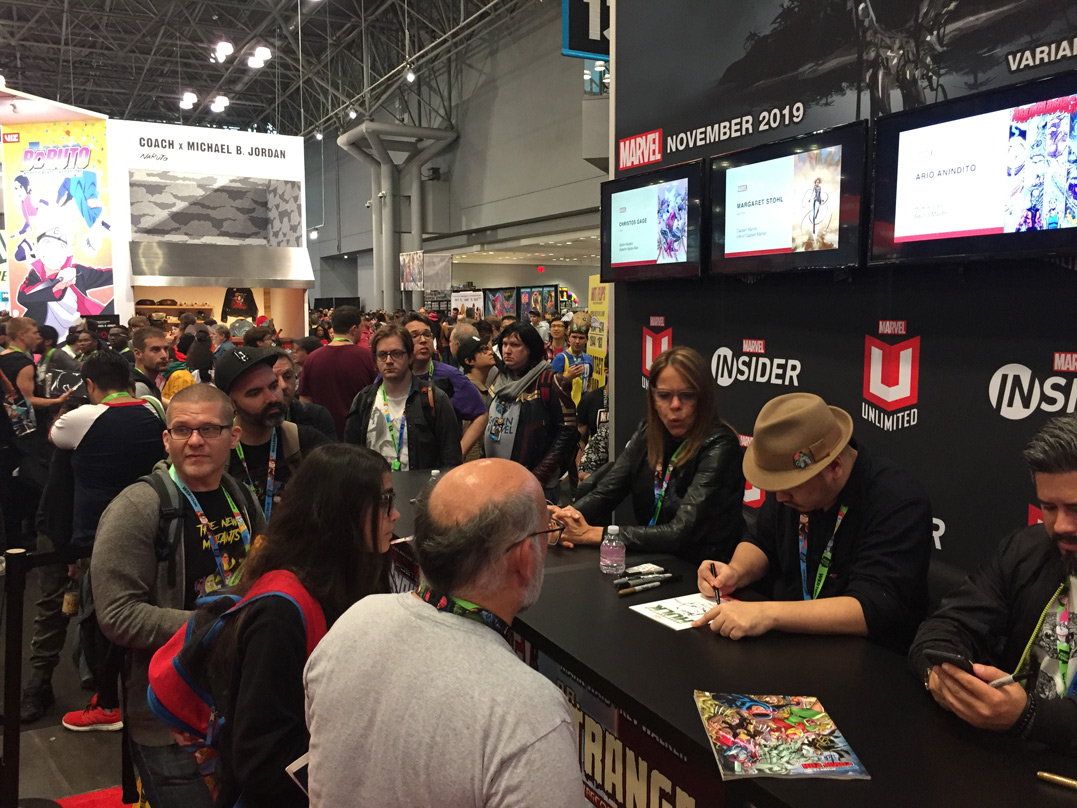 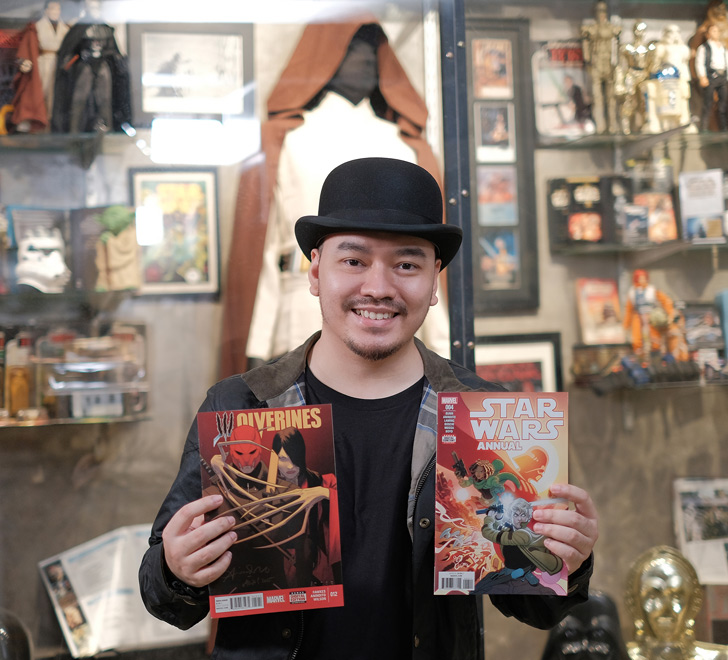 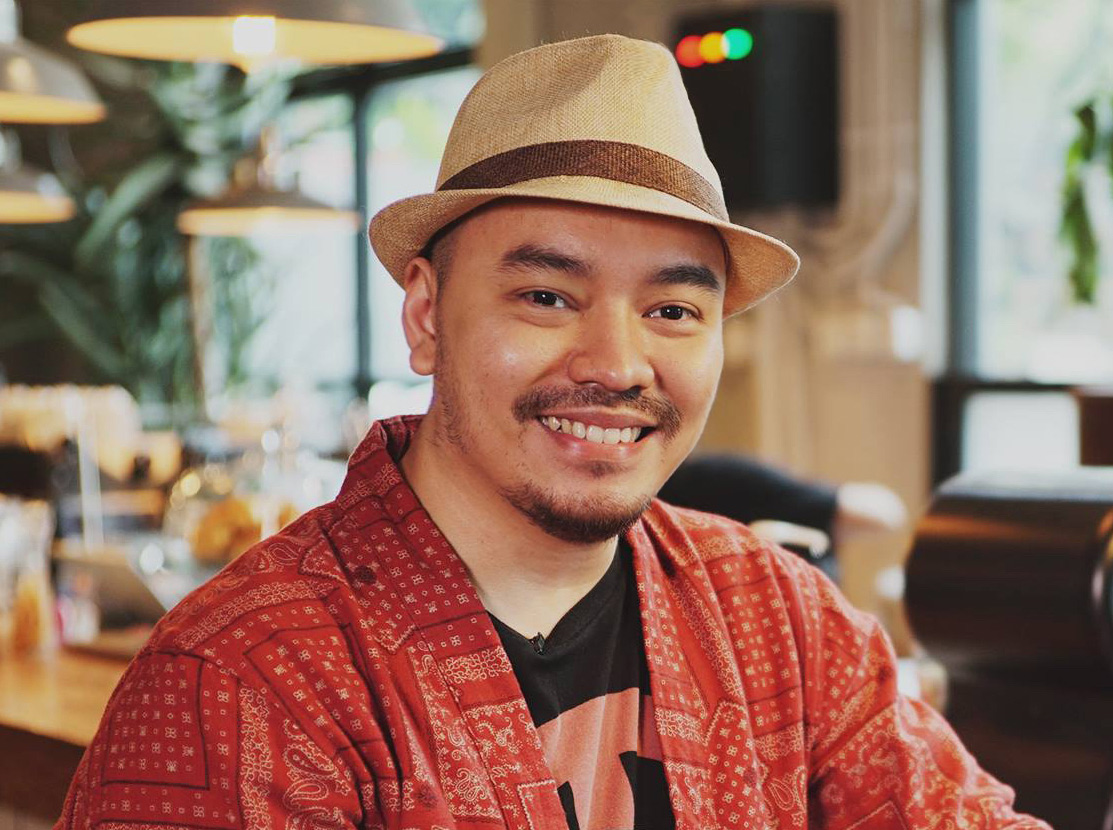 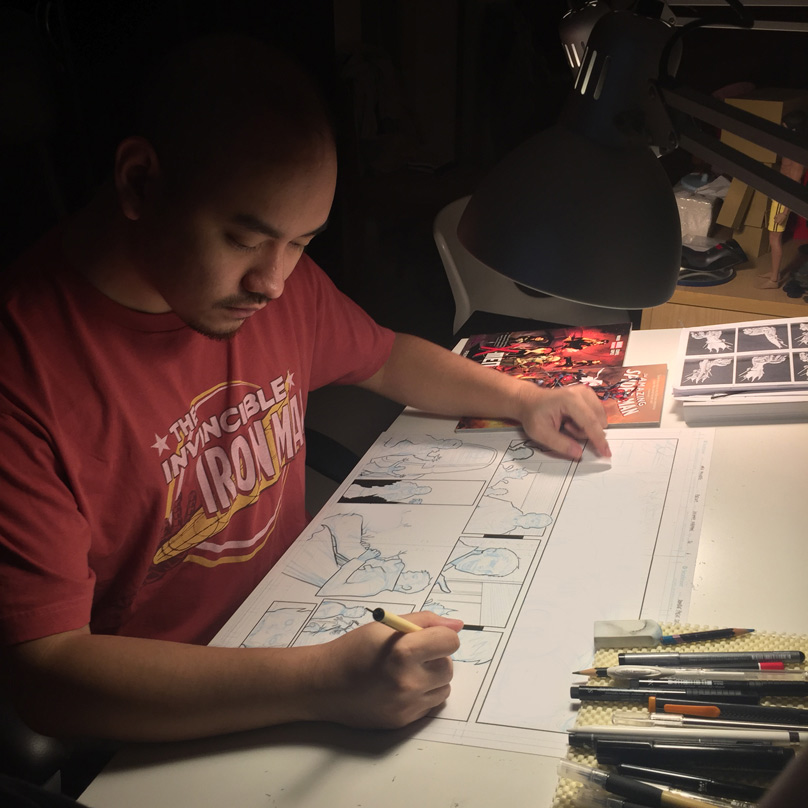 Hi Ario, please finish the sentence, I am . . .
an artist, born with a passion to draw. I make comics, art direct movies and TVCs, design statues, and make concept arts for various media. I also occasionally sing, but definitely not an expert at that.

Who or what inspired you to start drawing, inking and why?
My abandoned goal was to be an adventurer like Indiana Jones. Unfortunately, I found out that I am afraid of heights, so I draw comics instead and let the characters do the risky actions for me. That and also old comics from my cousins, I love to read them and I thought it must have been a fun thing to make comics for a living!

Which tools are you using to create?
I prefer traditional tools, the classic pen, pencil, and paper. But nowadays time constraints forced me to go digital so I go to my Wacom Cintiq and Ipad Pro.

Can you name a few of your favorite inkers and or pencilers and why?
Pencillers: Oliver Coipel, Mike Mignola, Adam Hughes.
Inkers: Mark Morales.
Why? because they have a distinctive style that is such a pleasure to look at.  Especially Oliver, he brings the European touch to the US comic style.

Could you tell us more about your trajectory to start working for Marvel Comics, DC Comics?
I am a man of no strategic plans. I have dreams, but I don’t calculate or design my path. I surrender to my instinct, my natural sense. I practiced hard to sharpen my skills, and just go with the flow.

When I was in college, I used to upload my artwork to deviant-art, and then suddenly I got an email from a talent agency in Italy, with an offer to be my representative.
I said yes to the offer and a few years later got a gig to do 2 issues of Red Hood and the Outlaws from DC Comics. At the same time, I was working in an advertising agency, and as an art director in the Finding Srimulat movie.
A year later I moved back to Bandung and opened my own studio, called the “Stone Fruit Studio” and then in 2014 I started working for Marvel Comics, till now.

You worked on a few of my personal favorites “Secret Wars” and “The House of M”
Could you tell us more about the process and how those projects came about?
Nice favorites!
The editors picked me to do the project, and I am a huge fan of the original House of M by Coipel, and the Secret Wars as well, so I am gladly on board.
Funny thing about the house of M was, I remembered that the dialogue was not finished yet, so I have no idea what they’re saying in detail, but thankfully the pages came out decently.

Also I made Scarlet Witch fly for the very first time! She originally can’t fly, but I suggested to the editor that she cast a spell that formed a magical wings on her so that she can actually fly and chase a SHIELD helicarrier!

Are you interacting a lot with other creatives on projects? and how?
Unfortunately not as much as I want to, due to my pile of deadlines. I do interact with some of my other creative friends via social media, but I am actually looking forward to going to exhibitions and meeting them in person!

Could you tell us more about the technical aspect of coloring, matching colors and working methods on different projects?
I usually do coloring in Photoshop. As I’m not a skillful colorist myself (focusing more as a penciller and inker), I don’t have any special coloring technique, and so every coloring moment is always experimental for me.
That is actually very interesting as I am often surprised with the result. There are happy surprises and crappy surprises of course, but the show must go on and we are trained to make beautiful mistakes.

What is your cultural background?
I came from a modest family, and I’m lucky that my mom and dad put a special attention to art. Dad is an architect, loves to paint. He used to tell me wayang stories before I go to bed, which ignites my interest in the ethnic lore. Mom has a good taste in art, so I captured all the visuals since I was a kid and developed my own taste.
The parents, they always support my artistic side. They accepted the whole package, including the weird side of me, hahaha.

In terms of identity how would you describe yourself?
An introvert, a loner. A hardworking daydreamer.

What aspects of your culture are most important to you?
The artistic part. The whole ethnic elements, the local lores.. those helped me a lot to build this imaginary world inside my head.

Has your cultural background influenced your life/ and or work – hobbies? And if it did could you give some examples?
Definitely. The easiest example is my drawing style. It’s heavily influenced by the comics that I read when I was a kid, including the R.A. Kosasih Wayang comics.. The rise of manga in the 90s also had a huge influence on me, especially the Dragon Ball comics.

Also I love the ethnic elements in my culture and I’ve incorporated them to my character designs, many many times.

Currently working on?
Star Wars the High Republic phase 2 comics (both cover and interiors), BOOM! studios and IDW Publishing cover artworks, a cover illustration for a novel, and a statue concept design for XM Studios.

What are you listening (music) to at the moment?
The Highwaymen, Chris Isaak – Wicked Game, The Cranberries, and Aurora.

If you can imagine you are living in 2072, 50 years from now, how would you look back on and describe the year 2022?
I remember it was the year of acceptance.. people living side by side with the pandemic. And there’s also this strange war between Russia and the world. I guess there are so many strange things happening so people are getting used to it.

What is connecting people?
Art. Any kind of art, visual, audio, literature. The art of communication, the art of understanding. The art of accepting and forgiving.

Message to the world.
Hi world. I know you’re old. I know we’ve done bad things to you, and you have the right to be angry. But hear me out, some of us, we still care for you. We will try to save you, because no matter how bad people are now, there is still good in the world.

To the people of the world: stay safe and healthy. Don’t be selfish, don’t be self centered. Let’s care for each other, and make this world a better place.

Where can people find you?
You can find me in social media: @arioanin, and just google my name “Ario Anindito” to know more. I’m easy to find!